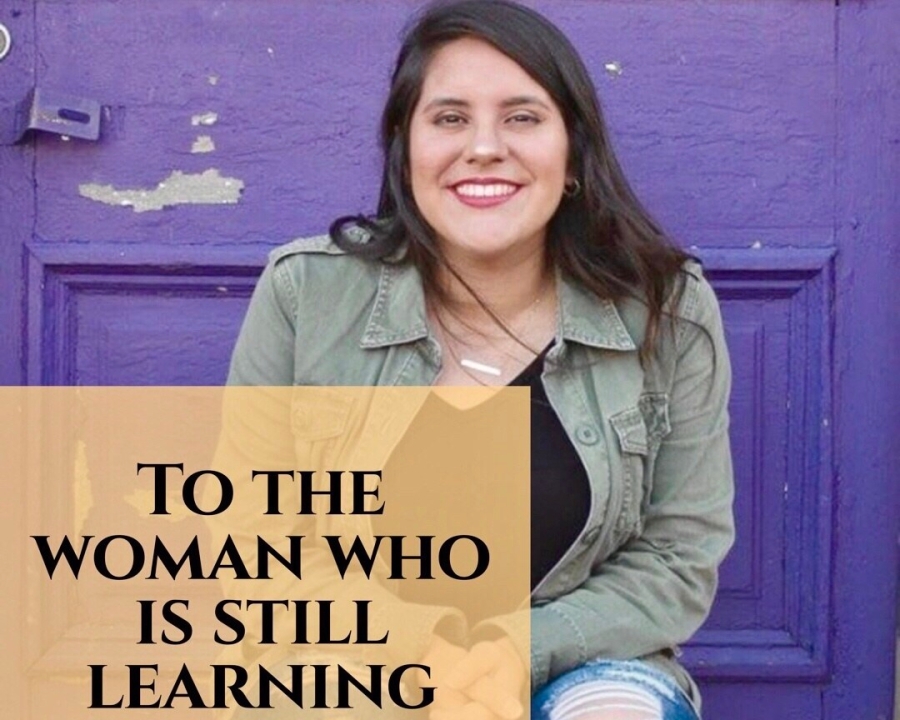 Hey guys, I’m Ivonne and this is me.

A few years ago I came to know Jesus.

When I said yes to Jesus I ran with him like rain and wind, nothing else mattered. Nothing mattered to me because I knew that if I had God in my life I would be full.

By wanting something more in life than just pain and containing nothing in life. I came to know the Lord from my community back in college. For the longest time I had wanted so many people’s approval and to know that my worth was valuable to them. I wanted to be loved and cared for by my family especially my father, to know that I meant something to the man who birthed me. But everything I received was meaningless.

For a long time after that I struggled with comparison, and still do so today. My value is something that I’ve always held near to me because it means something. For a long time my worth came from what people around me thought about me, whether that was family or friends. But something I’ve realized is that my worth doesn’t come from them or how many good things a person has to say about me. It’s about knowing what the Cross did for me that comparison can’t. It cements my worth in Jesus Christ and is defined by the one who picked it up for me, who received pain, humiliation, and hate for loving me and His people so much. That is where the Cross draws a line in every circumstance/feeling.

But let me tell you guys something, how many people have struggled with pride?  I have never considered myself a person who has but recently it’s been a big one. Depending on how work goes or how good our facility does that month, my heart may ache. I don’t want to be a human who solely depends on his or her achievements. Yes, being successful can be encouraging but when I start to only focus on me, then it becomes an engulfing situation where I can’t get out of. And that leads to my prodigal daughter moment. For the last several years I have continued in a state of feeling my feelings, for lack of better terminology.

I have been in a season of turning away from the Lord and listening to my emotions. Listening to them is easier or makes me feel good because of lack of community and believers in my life. I turned away from the Lord when I left my community. I pitied myself because I didn’t want to be intentional with friends and meet new people in my new season. The reason  I didn’t want to was because that meant digging up my emotions, my past, and having to deal with and address it.

I turned away simply because it was easier than to acknowledge that I had a “problem”.

My dealing with it meant shoving it in the back of my mind and making myself forget about it.

This shouldn’t be the case, the Lord is with me wherever I go which is a reality I realized later.

The lack of community shouldn’t mean the lack of Jesus in my life. It should mean that I press into Him more for that encouragement.

Today, I’m still currently struggling to turn back to the Lord, but I know that life without him is lonely. This is why it’s taken me almost all summer to finally let that truth in and put my pride down. It’s always a process turning back to the Lord, at least for me, because that’s what I do. I do that because again, I don’t like confrontation. I avoid it at all costs, even when it has to do with myself.

But this is meant as encouragement for myself, I pray that everything that I think matters stops mattering and the only opinion I care about is God’s.

Someone once told me sin is like credit, you can have it now but you’ll pay for it later. And that is EXACTLY what I am doing. I am taking these emotions with me because I don’t want to x,y, z with the Lord. X, Y, Z with the Lord meaning picking up my cross & walking WITH and TO the Lord. Whether that means by myself (“alone”), or not at all because of the fear of being alone or fear of what people will say or think. What people think of me will no longer affect how I view myself.

But the beauty of the Lord is everything. His Grace is sufficient, His mercy is new every morning, He loves relentlessly and pursues us each day like a new beginning.

I am NOT a writer, but i hope that with my continued learning and sharing someone will be encouraged that Jesus still heals and purifies even after running 80 mph with him.

2 thoughts on “To The Woman Who is Still Learning”